Denying the Obvious About California Homelessness 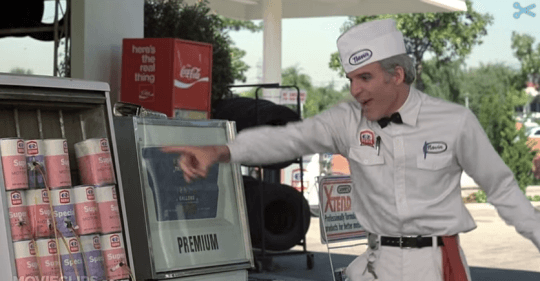 In the movie The Jerk, Steve Martin plays Navin Johnson, a man who can’t seem to make sense of the obvious.  One famous scene depicts Navin as an old school gas station attendant targeted by a would-be assassin.  As bullets riddle nearby oil cans, Navin assumes that the assassin has a major grudge against cans.  “He hates these cans! Stay away from the cans!”

No one argues that the cost of housing is a significant factor that leads many to move to cheaper areas and even out of the state.  And no one argues that it’s a good thing to try to find some kind of housing for those living out in the streets.  But the argument that housing alone solves homelessness is its own kind of denial – particularly in California.

Let’s look at the facts:

California also has the greatest disparity between the poor and the rich.  According to the Social Science Research Council, California is the most unequal state in the nation when it comes to well-being.  This is important because California’s “hour-glass” economy reduces opportunity for those living in the bottom half to get to the top half.  Housing affordability is one such measure of how the Golden State is divided into haves and have nots, but so is the tech economy versus the service economy.  There is just not a lot of in between and that results in the poor being ‘stuck’ where the small middle class takes the option to vote with their feet and leave.

Why would people living in California leave the great weather and chill atmosphere?  One reason is California is among the states with the highest level of taxation.  California is sixth highest in total tax burden, second highest in gas tax, and first in the nation with sales tax rates.  It’s expensive to live in California because not only do we have a lot of desirable property, regulations and taxes increase the cost of everything.

While economic arguments are not necessarily persuasive when it comes to homelessness, here are two undeniable truths about California and how it has exacerbated the problem of homelessness:  A failed mental health policy and the decriminalization of drugs.  California is not alone in that the mentally ill are either on the streets or in prison.  This failure of all levels of government to recognize the need for mental health services is compounded when homelessness assistance providers are called on to house the mentally ill.

Similar to the lack of mental health policy, California now has no enforcement of drug laws.  Proposition 47, under the guise of reducing crowding in prisons and delivering funds for substance abuse treatment, has decriminalized drug crimes.  Thousands of drug addicts were released onto the streets with nowhere to live and few prospects to improve their lives.  Law enforcement is dis-incentivized to encourage those with multiple drug arrests to seek treatment or go to jail because there is no jail time for the majority of drug crimes as they have all been reduced to misdemeanors.

With so many obvious dynamics that increase the homeless population, it’s a wonder that all we hear from policy makers and advocates is “more affordable housing.”  Welfare, income disparities, taxes, a high cost of living, and failed mental health and drug policies will continue to drive homelessness upwards. Just like Navin Johnson, those pushing the panacea of affordable housing can’t make sense of the obvious.