Los Angeles Still Trying to Build Its Way Out of Homelessness 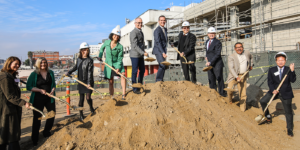 The second largest population of people experiencing homelessness is in Los Angeles.  L.A. county hosts some 50,000 people living on the streets.

in 2016, the City and County both passed tax increased to build more housing for the homeless.  In addition to funding passed by the state of California,  L.A. is swimming in money for the homeless.  Despite billions of dollars of funding, L.A. is finding building its way out of homelessness is far more expensive and far less adequate to meet the needs of those in the deepest of poverty.

Los Angeles Magazine describes the challenges L.A. is facing in actually making good on its promise of building 10,000 units of affordable and homeless housing in ten years.  If the trends, delays, and cost increases of the article are accurate, L.A. may build half the intended housing at more than a twenty percent increase in costs.

We’ve been skeptical of the “housing solves homelessness” approach for years.  It simply makes no logical or economic sense to think that a free or subsidized good, of any kind, will not incentivize increased demand.  In fact, Los Angeles Magazine article reports:

“Construction costs in Los Angeles have soared 20 percent since HHH passed, faster than any other major city in the United States, according to a report by the consultancy firm Rider Levett Bucknall. The average total cost for a unit of homeless housing in the HHH program — first projected at $350,000 — was more than $502,000 by the latest count, an increase of 43.4 percent. The average total expenditure of HHH funds has risen more than 24 percent, from about $136,324 in 2017 to $169,499 last year.”

Is it any wonder that when government funds flood a market that costs increase almost automatically?  Instead of expensive hammers in the defense industry from years back, its now gold-plated affordable housing.