There’s no government money being used by this homeless provider 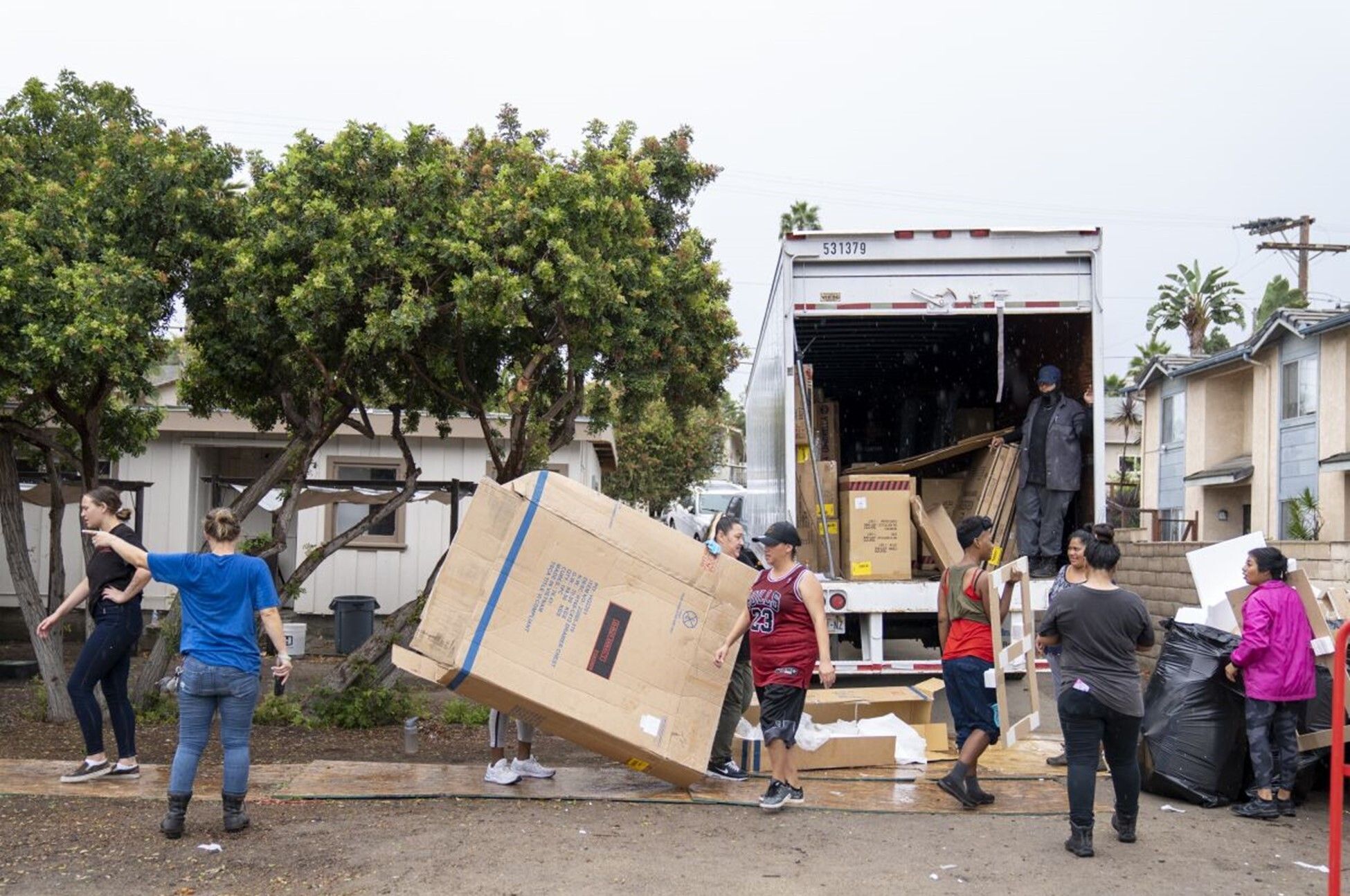 Volunteers break down packaging from donated furniture at Solutions for Change on Friday in Vista.
(Haley Nelson/For The San Diego Union-Tribune)

VISTA — Two years after ending its residential program over a dispute about federal funding requirements, the nonprofit Solutions for Change is rebooting its housing program with a plan to fund it solely on donations.

“We’re not against government funding,” Solutions for Change President and CEO Chris Megison said at the organization’s Vista campus last week. “We love taxpayers. We are not against that, but we are for solving the root causes of family homelessness, and until they can both mutually co-exist, we’re going to abstain.”

Megison opposes the housing-first requirement tied to federal funding for homeless housing. Under housing first, programs applying for the money cannot make sobriety and addiction treatment mandatory for shelter. Those who do, such as Megison, are ineligible for government assistance.

Megison on Friday announced the kick-off of a $4.8 million fundraising campaign to refurbish six parcels and pay off their purchases to restart its residential program. Also on Friday, Megison accepted a $1 million donation from Chris Chen to go toward the original $5.8 million debt and accepted $97,000 in items from Jerome’s Furniture.

Megison and his wife, Tammy, founded Solutions for Change in 1999, and the nonprofit’s website states it has served 1,300 families over the year.

In recent years, however, the nonprofit has become out of step with the national approach to homelessness, and Megison at times has been critical of other homeless service providers for, in his view, leading people more toward dependency than self-sufficiency.

A breaking point came in October 2020, when Solutions for Change abandoned its 47-unit residential program because a new law prohibited sobriety and program enrollment as a requirement for homeless housing. At the time, Solutions for Change clients were required to do drug testing and enroll in one of its programs.

Four years earlier, Megison had declined $600,000 in federal grants because of housing-first requirements. Proponents of housing first argue that recovery programs have a greater chance at success if people are first placed in a stable environment, such as a home. 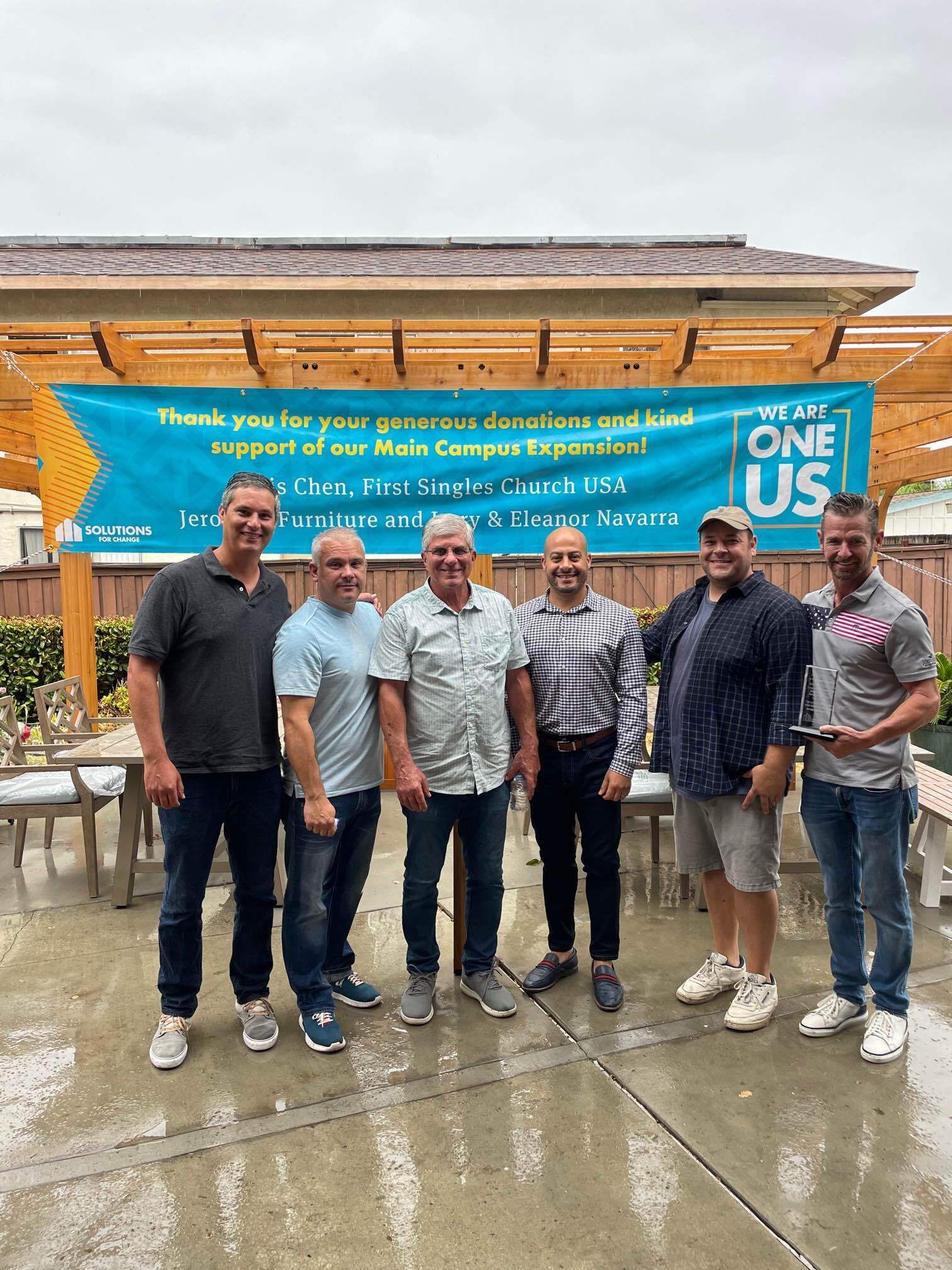 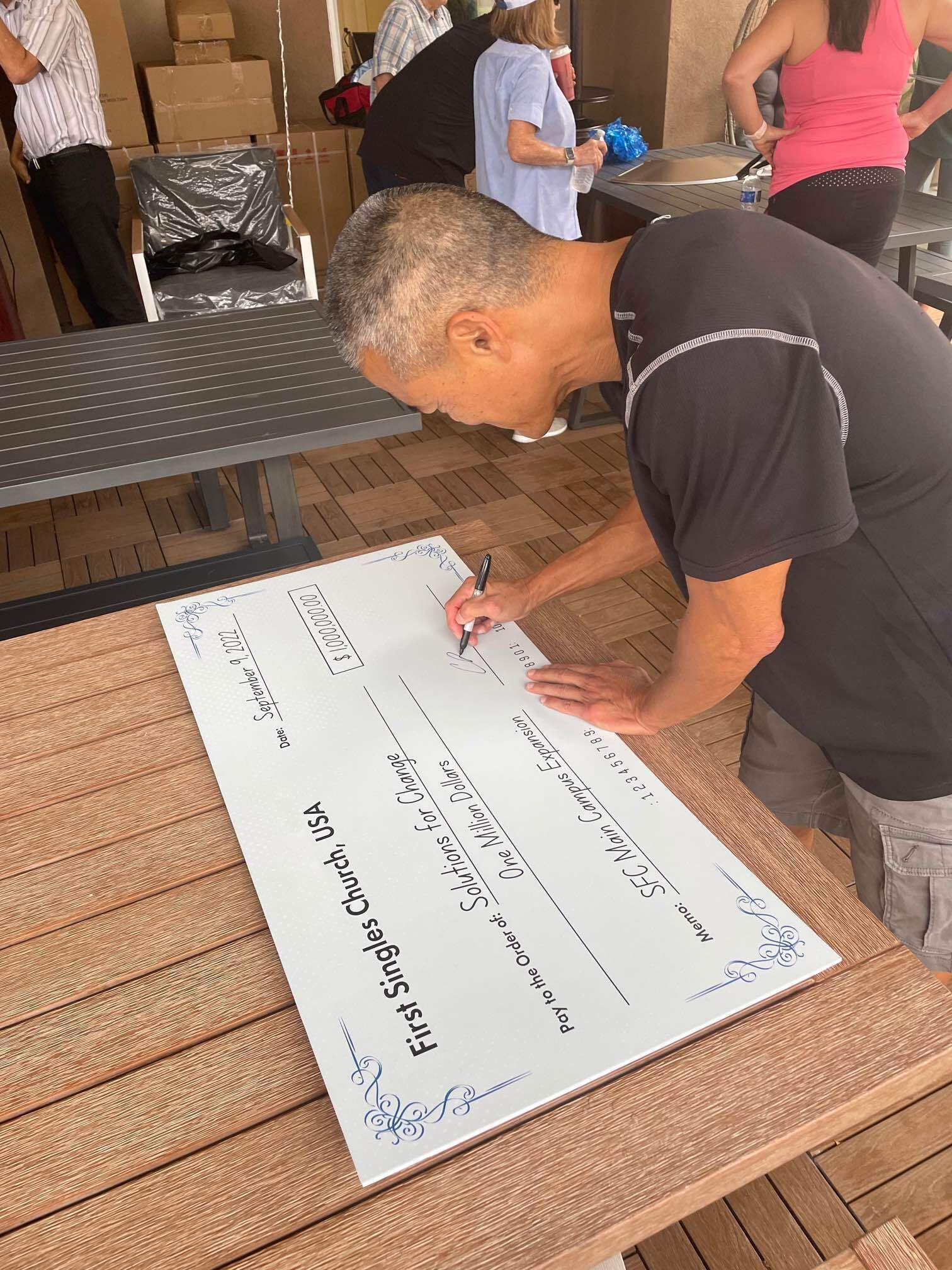 Chris Chen donating one million dollars towards the capital campaign.

Megison has said the approach is not a good fit for his clients, who often are families with children and do not want to be around people who may be under the influence of drugs or alcohol.

At Friday’s event, Megison said after a year-long analysis, Solutions for Change had found raising its own funds was a viable solution to rebooting and expanding its program.

The nonprofit has purchased six parcels, including an apartment building, detached homes and duplexes that surround its Vista campus at 722 W. California Ave. Megison said six families will move into one duplex next week, while construction work is needed on other buildings, which will require approval from the city of Vista.

About 90 volunteers pitched in during a rainy and humid day to unload and assemble beds, tables and other furnishing that had been donated by Jerome’s Furniture for the new dwellings. 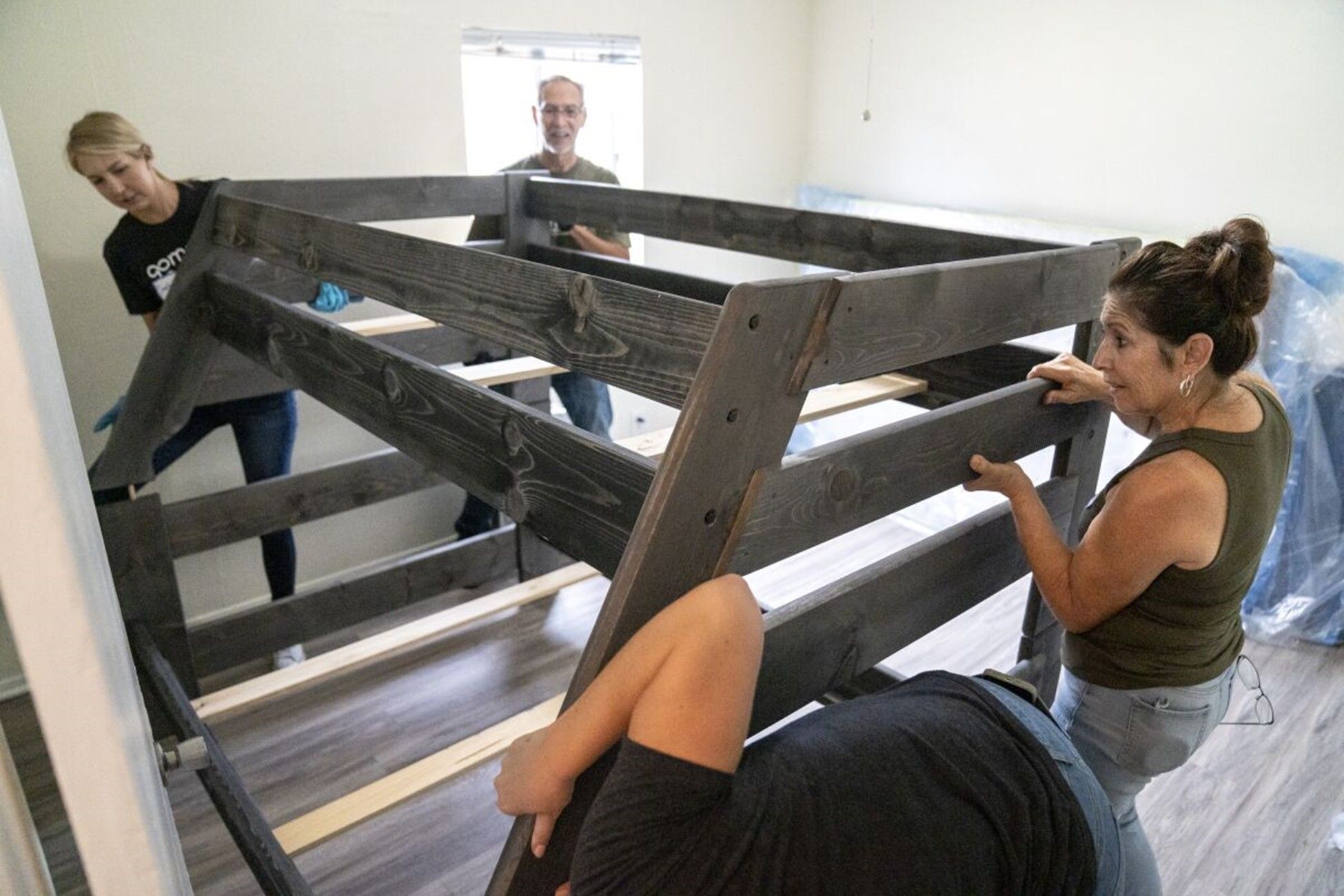 Cortney Krause from GoMacro, left, and Al and Debra Borunda from Calvary Vista Church assemble a bunk bed donated by Jerome’s Furniture to Solutions for Change in Vista on Friday.
(Haley Nelson/For The San Diego Union-Tribune)

Chen presented an oversized $1,000,000 check from the First Singles Church, USA, in honor of his father, Dr. Richard M.J. Chen.

About 60 supporters at times cheered as Megison talked about Solutions for Change and his defiance of the government’s funding requirements.

“The customer we serve will never ever be a faceless government system,” he said. “Those we serve will always be the courageous mother and father who walk through our door, ready to claim victory over their vulnerability.”

“The new homelessness system requires any homeless nonprofit that gets government funding to not enforce personal accountability-based programs,” Megison said. “That means if somebody relapses on heroin in this place, we could not enforce our regular intervention protocol, which would help him get out of here, get help and then come back. We would have to let them stay here and use methamphetamine and heroin in our program.”

The assembled group applauded Megison when he said Solutions for Change had rejected the requirement when it was pushed on them by the government.

Job-training programs are not unique to Solutions for Change, but are not a requirement at other homeless service providers.

Interfaith Community Services offers free training for a variety of jobs for veterans and other clients, and Father Joe’s Villages has several programs for employment and education services.