A Gift In Honor of Dr. Richard M.J. Chen

We want to thank our newest board member, Chris Chen, for securing a $1,000,000 gift from First Singles Church, USA, in honor of his father, Dr. Richard M.J. Chen.

Dr. Richard M.J. Chen had a heart for serving people in the community that were the most disadvantaged, and founded the First Singles Church, USA (currently chaired by Chris Chen). 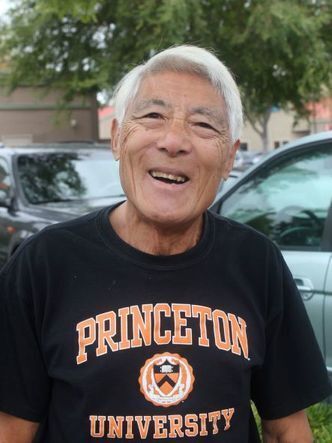 Richard Min-Jui Chen was born in Shanghai, China in 1929. He was the son of a prominent banker. When he was 15 years old his mother converted from Buddhism to Christianity. She shared her faith with her children (and many other people), and Richard and two of his brothers became believers. Sadly, 9 months after she came to know the Lord, Richard’s mother died in a plane crash. Instead of discouraging his faith, this tragic event strengthened it, and he decided to enter the ministry.

Richard left China as the war with the communists was progressing and went to the University of Melbourne to study theology. As a foreigner he was treated poorly. Instead of a dorm room, he was given a space at the end of a hallway to sleep. This increased his determination, and he was able to earn a Bachelor’s of Divinity degree in just 20 months versus the typical four years. His academic prowess was recognized by Princeton University in the United States and he was awarded a scholarship to study there for his PhD in Theology. He was the first person of Chinese heritage to be admitted to Princeton. Richard and his pregnant wife came to the United States through Ellis Island aboard the Queen Mary. Upon receiving his Doctorate, he became the senior pastor of a Baptist church in New Jersey. He was recognized as the first person of Chinese descent to come to the United States to preach the gospel. In 1961 his book, “A Letter to American Christians,” was published by Exposition Press.

In 1972, Dr. Richard M.J. Chen started The First Singles Church, USA. Dr. Chen went through a divorce in 1968 and found that churches at the time were designed to serve married couples. “Singles,” ministries were non-existent as the popularity of divorce had just started to grow and churches turned a blind eye to this growing need. Dr. Chen’s response was to start a non-denominational church that was open to everyone. Its mission was to minister to single, never married, divorced, and widowed believers whose spiritual needs were not met at traditional, family-oriented churches. The church received national attention. It was featured in the prominent national magazines Newsweek (June 12, 1972, pp 73) and Time. It was even mentioned in Playboy magazine. NBC featured Dr. Chen in a documentary on the growing singles population called, “Hook, Line and Single.” All the press made mainstream churches aware of the need to recognize singles at their own churches. After three years, Dr. Chen was satisfied the First Singles Church had created sufficient awareness of the need for singles ministries and he moved on to other areas of service. After a faithful life of service to the Lord, he passed away at his home in Orange, CA in 2022.

This generous donation will be used towards renovation, expansion and updating of our main campus, at 722 W. California Ave. Vista, CA 92083. With the start of our Main Campus Expansion, we have many opportunities for sponsorship. Please contact Trent McClure for more information.