Fight to Save Lives

An important message from the Solutions for Change founding Visionary and CEO, Chris Megison

An important message from the Solutions for Change founding Visionary and CEO, Chris Megison

Early on in my career (in the 80’s), while working as a substance abuse counselor, I became fascinated with the dynamics of codependency. Losing my dad and my brother to addiction at a young age provided me with a deeply personal set of hurts and losses, and a unique but tough opportunity. 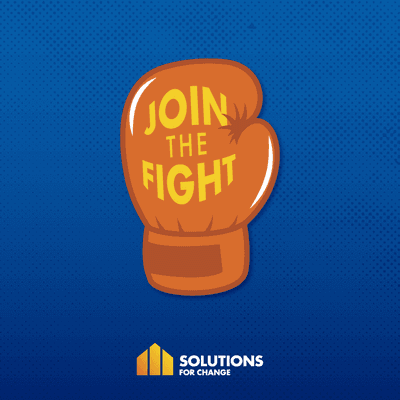 Like someone who loses a loved one to cancer and then decides to become a doctor in oncology, I followed a calling to save lives and battle addiction. I made a lot of mistakes as an unaware, in denial codependent, but needed to make those mistakes to know that I needed to get myself help first. I went to get educated and trained, after winning a $500,000 five-year type of scholarship. Afterwards, as a certified specialist in addiction, trained by the best in the nation, courtesy of the Department of Defense (literally) to help servicemembers and their loved ones, I got weaponized to get up, suit up and show up as a worthy opponent to addiction and those it hurt.

I first had to respect the absolute power of this disease. It is powerful like no opponent you can imagine. If you go up against it yourself, even with superior intellect, empathy and compassion, you will lose. Period. Addiction owns your loved one's mind, and it is programmed to own you as its tool.  If you don’t understand its insidious power, it will use, abuse, and hurt you badly. The person suffering from addiction has an uncanny ability to sense, engage and use codependents, even those they love the most.

The sickness of addiction takes over, and like an imbedded software code, certain protocols are put in place. It was not until I figured out the protocols and processes of this sickness, that I figured out how to truly help others beat it. It took a lot of mistakes, but eventually, I got it. The person who has addiction must never be seen or treated as a victim. They are as responsible for learning about their sickness and treating it, as say, a diabetic. Treat the addict as a victim and you’ll be co-opted into addictions deadly grip.

Now equipped, I squared off against this deadly opponent. My first mission was crystal clear. In 1992, I met Steve, aka Wolf Man. As a result of addiction, he was a near death, homeless, street alcoholic. I assembled a team, starting with my beautiful wife, a newly freed alcoholic, sober for 2 years. The 6 of us went to work and together, we packed a punch. Her as addict, escaping its death grip, and me as a once complicit enabler codependent, who intimately understood what we were up against from a helper perspective - A brutal, take no prisoner killer beast. Steve and many others we helped, best the beast. In 1999, we met the children of those with this sickness in a winter shelter, and the mission evolved into Solutions for Change!

And so, 30 years later, my beautiful wife and I are still by each other’s side and still deeply engaged in this battle. Today, we have an army of Solutionizer Overcomers who we fight with. They are flippin' amazing! They’ve learned what we’ve learned, and they’ve applied the lessons:

It’s the same fight today as it was in 1992 and the beast is claiming victory after victory outside our camp like never before. It is doing so for one reason…It conned and won the state of California, who has become fully engaged and complicit with the beast. It makes me sick. And it makes me mad. It makes all of us mad because souls are perishing and dying in record numbers. Real people are dying unnecessarily and innocent children are being hurt. These children are losing their moms and dads to this sickness.

Most people, especially our government policy makers, don’t have a sliver of on the ground understanding about the dynamics of codependent enabling of the addict/alcoholic. They may have their experts, but they aren’t out here with us! They seem to think that with their superior intellect and virtue signaling compassion, they will be able to spend their way to beating it. I’ve watched thousands of codependent loved ones of an addict get decimated by this type of thinking. But I have never, ever, seen this level of operationalized and systematized codependent enabling of addiction and those suffering in it, like what the state of California has pulled off.

So yes, it’s personal to me. And it’s personal to all of us here at Solutions for Change. The public is repeatedly told that 100% of this homeless crisis is the result of substandard housing access, but every one of us here see homelessness being caused by an untethered and very angry and driven beast of addiction, now empowered and weaponized like never before via the codependent enabling policies of a state believing it is omnipotent.

I’m offering something today of immense value. I’m not begging. We never beg even when we are on our knees. It’s an offer to you to join us in this fight to stop this assault on you and on all those we serve - young mothers and fathers and their children - and to save lives!

JOIN US in our newly reenergized #WeAreOneUs movement, learn of our recent decisions to abstain from all government money, and if you believe in us and our purpose then I ask that you GIVE! Give your time, your talents and your financial or in-kind resources to help us FIGHT to save lives. Join our Hero Circle. Reach out to our volunteer coordinator! Get your business or your church involved!

I promise you, it will be worth it. Those in the fight now, are on fire with purpose and passion. Come. Be with us as we create and celebrate something amazing together!

Email me at chris@solutionsforchange.org or call me at 760-941-6545 ext. 303. I want to hear from you in how you are joining the fight to crush the churn that has been created by this rampant, out of control, codependent enabling!

Check Us Out Here
MENU CLOSE