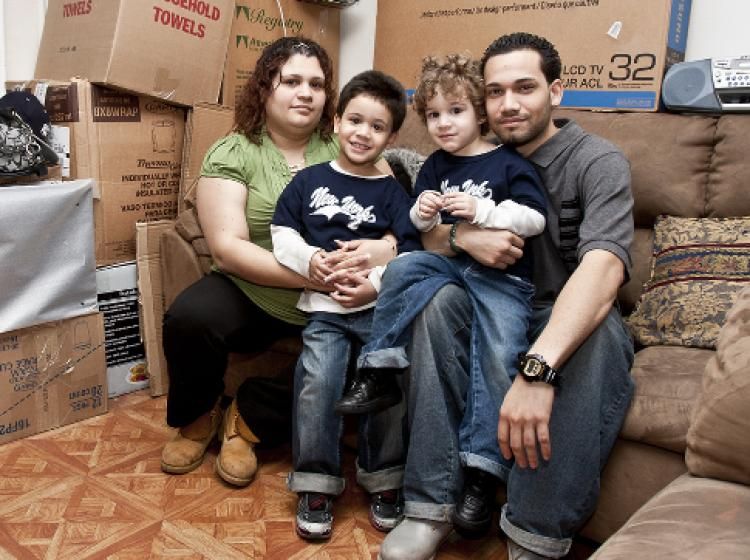 Rapid re-housing is a strategy that has become the dominant strategy for addressing family homelessness. Rapid re-housing aims to quickly house families through temporary rental assistance in market-rate housing.

The Department of Housing and Urban Development (HUD) is a strong supporter of rapid re-housing and see it as the best use of limited resources. Providing a rental subsidy for six months or more is less expensive than transitional housing, which provides longer and more intensive services. HUD continues to cut funding from transitional housing programs to increase rapid re-housing funding.

Transitional housing is based on the belief that the homeless need a middle step where they can receive intensive case management and supports to help them transition into permanent housing and become self-sufficient. It focuses on preventing chronic homelessness and transforms lives by addressing the root causes of homelessness. It is an “upstream” approach compared to waiting until an individual or family has suffered on the streets to become eligible as chronically homeless.

Organizations such as Solutions for Change have seen increases in incomes and housing stability through transitional housing. This program, that provides intensive case management and workforce development training, and requires sobriety, has solved homelessness for over 850 families, and 2,220 children– preventing families from ever being homeless again.

In the District of Columbia, the dramatic expansion of rapid re-housing has cost $31.6 million. The District claims that 85% of families are “successful” in achieving housing stability, but these numbers are illusory- only 2 out of 5 families are actually able to maintain their housing independently after the subsidy ends.

In his article “Set Up To Fail: Rapid Re-housing in the District of Columbia,” Max Tipping, a D.C. attorney at the Washington Legal Clinic, depicts the inaccuracies of rapid re-housing measurements. He states, “by only focusing on how many families returned to shelter while de-emphasizing other negative outcomes, rapid re-housing champions hid families’ continued housing instability after the subsidy ends.” Despite its obvious failures, HUD continues to promote rapid re-housing as a key national strategy to end family homelessness.

1. It does not increase housing stability. The Family Options Study shows that at least 50% of those in rapid re-housing return to shelters instead of becoming economically independent.

2. The program’s time limits on rental subsidies, lack of transformational interventions, and accountability measures fail to prepare participants to overcome the issues that led them to be homeless in the first place.

3. Most families housed with temporary supports still do not have stable housing and continue to need housing assistance once short-term resources expire. In fact, the rapid re-housing rules effectively mandates that most families will be severely rent burdened the entire time they are in the program. Over a one year period, only 10% of families were able to increase their incomes.

4. Apartment leases are not always suitable for families. Many are young, single parents who have never had an apartment of their own, some do not have a high school diploma, or the job skills necessary to find full-time employment. A study completed by a D.C. Legal Clinic found that 45% of families end up in eviction court while they are still in rapid re-housing.

5. Participants receive limited support from their rapid re-housing case manager and many have to live in the poorest of conditions. Landlords prey on families knowing they have nowhere else to go. Severe housing code violations, such as broken appliances, mold, rodents, and flooding are common occurrences.

6. Lastly, rapid re-housing is costly for our future. Youth and children’s academic performance is highly affected by this policy. “No child or family should ever be deliberately sent over the cliff and back into shelter to start again from square one,” said Tipping.

Short-term assistance equates to short-term results. It’s top-down, one-size-fits-all approach directs good money to serving the homeless in ways that keep cycling families in and out of homelessness.